About Us / Street name tiles of Jerusalem

One of the first major commissions Stepan and Berge worked on, was the Street name tiles of the Old City of Jerusalem. This project was initiated and sanctioned by the Jordanian government in 1965, who ruled over Jerusalem at that time. The Jordanian government ordered all the street names to be painted on ceramic tiles. The names were painted in black on a white background, and there was a simple design surrounding the tiles, with a yellow background color.

During Jordanian rule, the names were done in Arabic and English only, naturally. In 1967, Jerusalem was captured by the Israelis during the six day war. A year after, the Israelis contacted my father and decided to add the street names in the Hebrew language, over the existing Arabic/English ones. This is why some older signs are in two parts. You have the separate Arabic/English with its own yellow border, painted before 1967, and then the Hebrew with its own border added at a later date, on top. Teddy Kollek, the mayor of Jerusalem was responsible for adding the Hebrew. 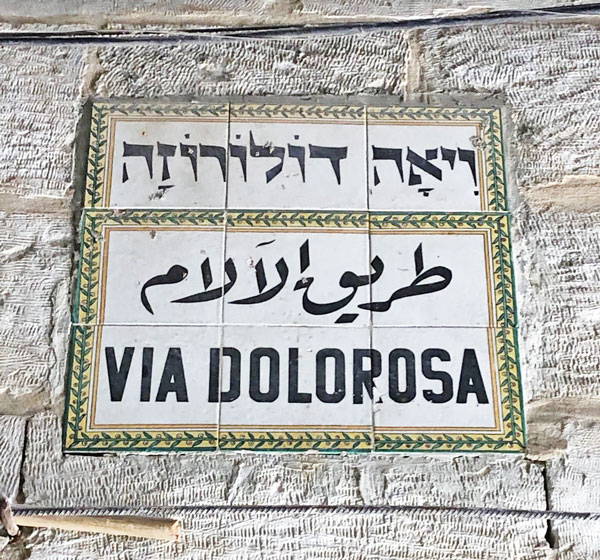 Before 1967, the names were done in Arabic and English. The Hebrew was added after 1967, during Israeli rule. That's why it is in two sections. 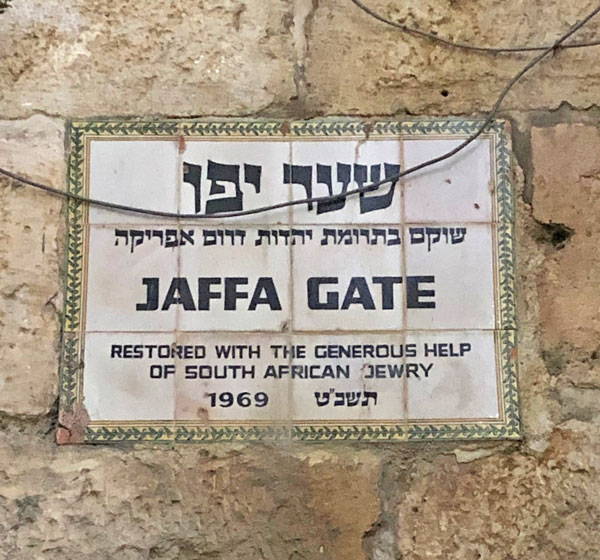 This sign at Jaffa Gate was painted after 1967, that's why it was painted in one section.

A lot of these original signs still exist today. As you walk through the streets of Jerusalem's Old City, you will notice them. You will also see signs which are one whole piece, which were painted after 1967, with all three languages.

As I go to work in the Old City today, I am proud of the legacy my father left in Jerusalem. I walk past these signs everyday, and am happy to be a part of this legacy.